SURVISION cameras are required to function on a variety of number plates in a large number of Countries or States.

Find below the list of the Countries/States integrated in Survision firmware. Our R&D Team is working everyday adding new countries, please contact us if your country/state is not present on the list.

Why do we need to “INTEGRATE” a Country/State?

The process which begins in Survision camera and ends in a real-time recognition of a license plate number from a video stream follows 4 main steps (in less than 20 milliseconds):

At every stage of the recognition process, Survision R&D uses several different image processing algorithms, as well as Artificial Intelligence. It is naturally during the steps of character identification and syntactical correction that the integration by SURVISION engineers of special features of each type of plate is the most critical. It is during these two stages that the specific characteristics of each country are identified and compared to the most deterministic models, depending on what we called “Country/ State Context”.

How can I select my “Country/State Context”?

Using the VSS Tool provided by Survision, the Installer choses the country in which the camera is installed. The existing syntaxes in this country are then loaded. Only the syntaxes of this country are considered in the recognition process.

Can I select more than one “Country/State Context”?

For example: if we add « F>OTHERS » to the context string, all plates will be read but, in case of ambiguities between France and another country the French syntaxes will have a higher hierarchical level than the syntaxes of bordering countries, i.e. Belgium, Germany, Luxembourg, Switzerland, Italy, Spain and England. These will have a higher priority level than the plates of the countries of the rest of the European context. This organization into a hierarchy is useful to identify potential ambiguities appearing during the recognition process.

What is the “Integration Status”?

There are 3 possible Country Integration Status:

License Plates in a given area often change. New syntaxes are added. Old one are retrieved. New formats are sometimes adopted etc.

If these changes are not integrated into the camera's firmware, the performances will rapidly decrease.

The integration of a new plate consists of:

How long does it take to integrate new License Plates?

The Integration process can vary significantly depending on the context.

A syntax can be added to a country in a matter of hours or days if it obeys the same rules as the previous ones and does not involve modification of optical characters.

The addition of plates of a new country/state presenting new optical characteristics and complicated syntactical rules may take up several months.

How can I update my Survision cameras to add License Plates syntaxes?

SURVISION has a unique firmware which integrates all countries and syntaxes. As a result, evolutions on the integration of number plates are made available by updating the firmware of already installed cameras. SURVISION provides updates of its firmware 2-3 times a year and the precise nature of the evolutions is provided in a “release note”.

The update can be done one camera at a time or by using a mass updating tool provided by SURVISION (SUT). If there is an evolution of plates or syntaxes, it is essential to update in order to maintain good performance of cameras without delay.

The updates can be carried out in the framework of contracts which provide for evaluative maintenance of the cameras. SURVISION strongly recommends at the start of the project that this type of contract is put into place. Otherwise, the integrators are informed of new developments and can request an update quotation and decide whether to apply them to the existing camera pool.

High performance LPR camera for the most challenging sites. 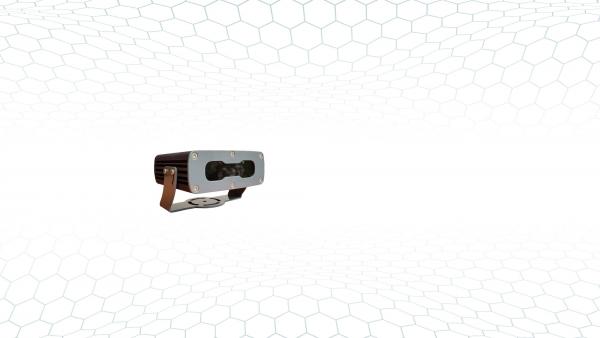 Our most powerful LPR Camera. Pole or gantry installation for ITS and Free-Flow Tolling

LPR is entirely performed in the firmware of the LPR camera

The shortest LPR distance (from 5ft!) at the highest reading speed (20ms)

One camera per lane

Highly trained, dedicated teams for every project. Quotes in 24 hrs, shipping in 48

The only LPR cameras with performance warranty

We ensure a certain range of LPR reading rates that will satisfy your needs, burn it in a contract and then make it true; otherwise we will refund 100% of your payment.